John and Patricia Siegel founded Tru-Pak Moving Systems in 1960 with one truck and a dream. By 1986, Tru-Pak's international fleet was making 40,000 moves per year, relocating families and companies across the U.S and overseas.

Today, Conover, N.C.-based Tru-Pak is one of the largest independent moving companies on the East Coast, operating a fleet of 60 late model Kenworths including 16 new T700s with PACCAR MX engines. 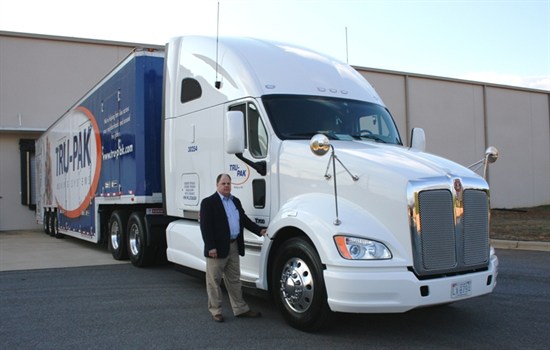 Brad Isenhower, director of operations at Tru-Pak, stands next to one of the company's Kenworth T700s equipped with a PACCAR MX engine.

Operating MX engines since March 2011, Isenhower speaks from experience. "Our first one has been on the road about a year now and it's in the 7 mpg range," he said. "That's where we want to take the whole fleet. Right now, we're running more MX engines than anyone in North Carolina, and that's to our advantage. The engines are doing well and we're pleased with the fuel mileage and performance. As the engines get broken in, the fuel mileage is getting even better."

Isenhower specs the Eaton® UltraShift® Plus 13-speed transmission, 75-inch AERODYNE® sleepers and rear disc brakes to complement the 455-hp PACCAR MX engine. The American Truck Dealers (ATD) named the aerodynamic Kenworth T700 with low-emission PACCAR MX engine the 2011 Heavy Duty Commercial Truck of the Year. "It's nice to know that there's a quality piece of equipment that fits our needs and we can standardize on," Isenhower said. "I'm so pleased with the interior layout, with the roominess and quietness of the cab."

With nearly 30 inches between the driver and passenger seats, drivers move easily between the cab and sleeper. "Drivers really like the T700," said Isenhower. "The T700 has plenty of room for the bigger guys, and they appreciate the extra space for moving around. 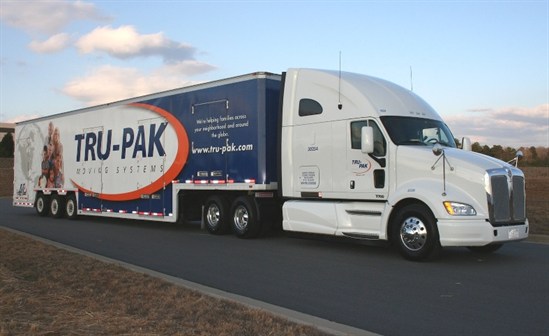 "From the ergonomics, to the backlit gauges, to the electronics and wiring, I've always been a Kenworth fan. Providing the right tools and a nice work environment helps our drivers be more productive on the road. We want to project a good image, too, and Kenworth certainly does that for us," he said.

Along with driver comfort and fuel economy, Kenworth beats other trucks hands-down for reliability, Isenhower said. "If we choose to keep a Kenworth truck a long time and put a lot of miles on it, we can do that. Three, four years down the road, we still have a nice vehicle. Some other trucks, after a few years of service, there's a lot to be desired." 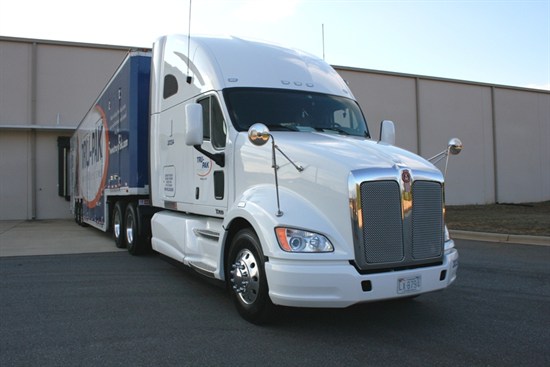 In time, Isenhower plans to convert the entire fleet to Kenworth T700s with MX engines. High resale value and low cost of operation makes the T700 an easy choice. "Good fuel economy helps us offset the cost of updating the fleet," he said. "Certainly there's less maintenance issues with Kenworth than with other trucks. And for durability, power and performance, Kenworth delivers all those things."