With nearly 1,600 units sold since its introduction in 2011, the Kenworth T660 regional hauler is turning heads and lowering fuel bills. "Customer response has been just outstanding. There's significant interest in the T660 regional hauler configuration, primarily for its fuel-saving capability," said Reid Nabarrete, Kenworth assistant general manager for marketing and sales. "This successful configuration offers similar aerodynamic advantages - and the same styling and lighting features - as the standard T660, and also provides the maneuverability and fuel capacity of a Kenworth T800." 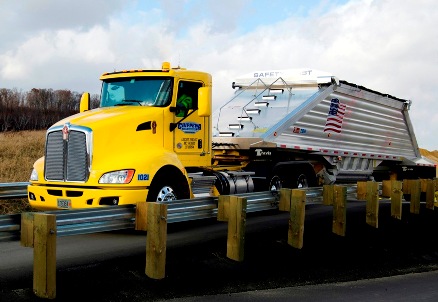 "The Kenworth T660 regional hauler has exceeded all our expectations," said Doug Titera, operations manager for Chippewa Sand Transport in Chippewa Falls, Wis. "We created this company after winning a bid to haul sand from a mine to a processing plant in a regional operation. We had to calculate our cost of operation, including projected fuel economy.

"With any bid process, especially when there's lots of competition - and there was in this case - it's important to forecast accurately to ensure that the operation will be profitable," said Titera. "Plus, you need a dependable and reliable truck that will also give a high resale value at the end of the term. In a bid, it's all about life-cycle costs, coupled with top fuel economy and low driver turnover." 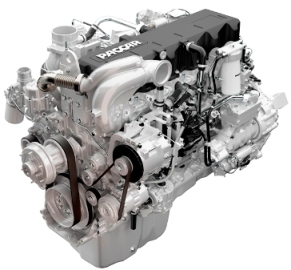 Titera said the Kenworth T660 regional hauler, mated to the 12.9-liter PACCAR MX engine, penciled out to be the best solution. "And we're actually doing much better than anticipated," he said. "The fuel economy number we projected and calculated into our bid was pegged at 6 mpg. In this operation, our average speed is 40 mph over the 23-mile roundtrip between the mine and plant. So, we felt 6 mpg was a realistic number.

"From the plant, our 21 T660s with belly dumps haul fully loaded, then return empty for another load in a 24-hour, 5-day a week operation. We also have eight, quad-axle Kenworth T800 dumps hauling rejected sand (not conducive for a fracking operation) back to the mine from the plant."

The program has been so successful that Titera said they recently ordered six more T660s regional haulers to augment the operation. "The processing plant asked if we could handle more loads, and we were quick to say yes," he said. "I think the testament to what we think of the T660 is how fast we called Wisconsin Kenworth to place an order for more trucks."

And, once the trucks arrive for service, Titera said there will be no problem finding drivers. "When we started the operation we had more than 500 applications. We pay well, offer first-rate Kenworths that the drivers love, and they're home each day. It's been a great recipe for success."

Excellent fuel economy and driver acceptance have been the two hallmarks of the T660 regional hauler for Dave Evans Transports as well.

"The Kenworth T660 is leading the pack in fuel efficiency for our fleet," noted Vern Bryce, fleet manager for the Superior, Wis.-based company. "When diesel is at about $4 a gallon, we wanted to get the best truck with the best mileage and the T660 has delivered." 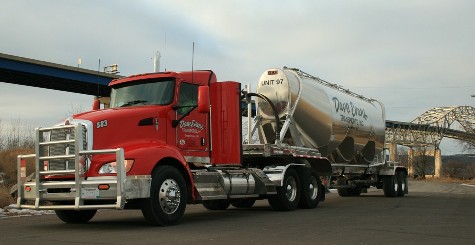 Dave Evans Transports is a pneumatic bulk hauler, which delivers lime, cement, fly ash and other materials in a 500-mile radius of its terminal. Operating 55 power units, which include 35 company-owned tractors, Bryce said the company ordered 16 Kenworth T660 regional haulers through Rihm Kenworth in Superior, Wis., for better fuel economy and driver comfort.

Equipped with a PACCAR MX engine rated at 455 hp, and driven through a 13-speed transmission, Bryce said drivers have been quick to embrace the new regional hauler. "They like them. In fact, when we we're getting quotes and developing specs, I had several drivers lean on me and say, 'if at all possible, get the Kenworths.' "

Since the T660s have been in operation, Bryce reported that they're extremely quiet - thanks in part to the PACCAR MX engine. "Some of our drivers even commented that they didn't think the jake brakes worked since they couldn't hear them come on."

As a former driver, Bryce said he specs the truck "with all the bells and whistles" to keep drivers happy, plus enhance resale value. "We traded in some Kenworth W900s and four of the six were sold before they reached the lot," said Bryce. "We spec the trucks right, plus our T660 regional haulers have the best maneuverability in our fleet. And, with the shorter wheelbase, we don't have to get special permits when we travel through Manitoba."

The T660 regional hauler offers shorter wheelbases, tighter chassis packaging, enhanced maneuverability and forward lighting, and weight savings. The configuration removes the standard under-cab chassis fairing and replaces it with a cab-mounted extension of the hood fender. This allows larger diameter 24.5-inch and 28.5-inch fuel tanks to fit under the cab. Previously, only 22.5-inch tanks fit in that space.

The configuration also reduces weight by at least 250 pounds from a comparably equipped Kenworth T660 with forward fairings, providing the truck with more payload carrying capacity. In cases, where wheelbase is not critical to an operation, the customer can order the same wheelbase as with a standard T660 configuration, but with a higher fuel capacity for traveling longer distances between refueling stops.