
A distinguished veteran with nearly 16 years in the U.S. Army received the annual “Transition Trucking: Driving for Excellence” award during a special ceremony held recently at the U.S. Chamber of Commerce in Washington, D.C. 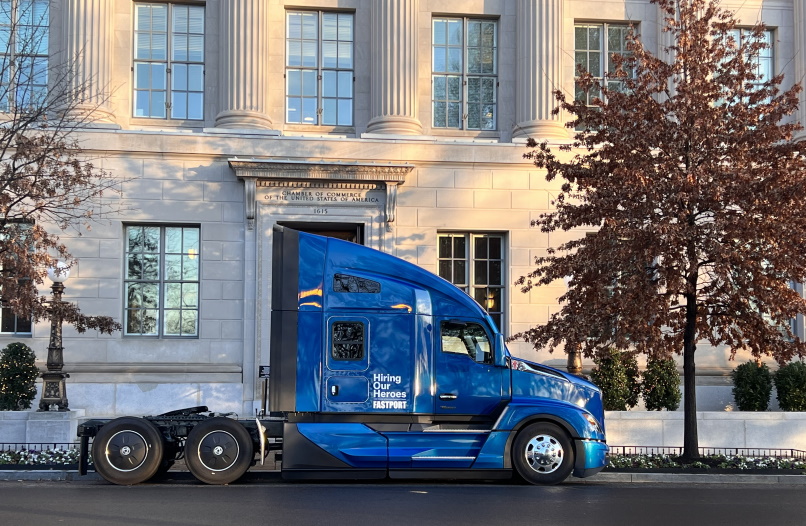 For the seventh consecutive year, Kenworth teamed with FASTPORT and the U.S. Chamber of Commerce Foundation’s Hiring Our Heroes to find America’s top rookie military veteran who made the successful transition from active duty to driving for a commercial fleet. 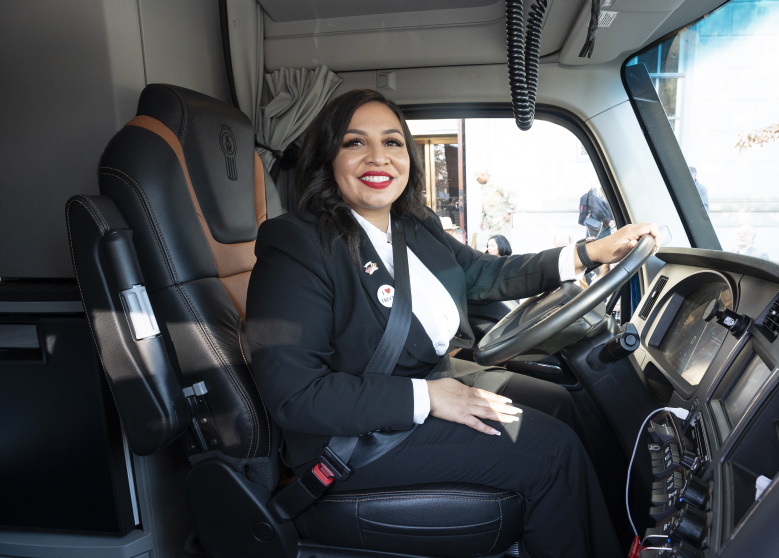 Transition Trucking winner Ashley Leiva sits in the driver's seat of her Kenworth T680 Next Generation. 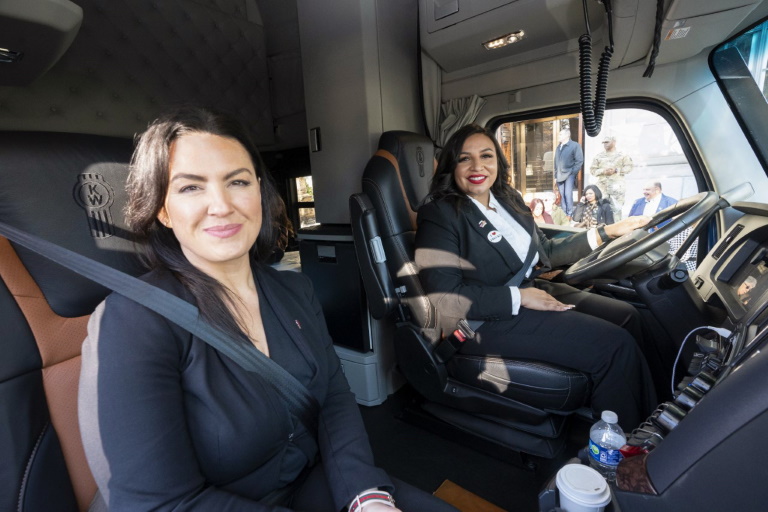 In 2021, Leiva retired from the U.S. Army and returned to her hometown in Corpus Christi, Texas. After graduating from the transportation training program at Del Mar College, she and brother Johnny Leiva began running the trucking business of their late mother Noemi – and renamed it Noemi Trucking in her honor. Their company hauls crude oil for Draco Energy in South Texas. Leiva is the first winner to be nominated by a National Association of Publicly Funded Truck Driving School.

Ashley Leiva is the winner of the "Transition Trucking: Driving for Excellence” award - a Kenworth T680 Next Gen.

“This is certainly a very special moment for me. My mother inspired me to go into truck driving. She said driving a truck made her feel like she was on top of the world,” said Leiva. “It is an honor to receive the Transition Trucking award of the T680 Next Generation from among all the outstanding nominated veterans and fellow truck drivers. Thank you to FASTPORT, Hiring Our Heroes and Kenworth for what you do to help veterans transition into the trucking industry.” 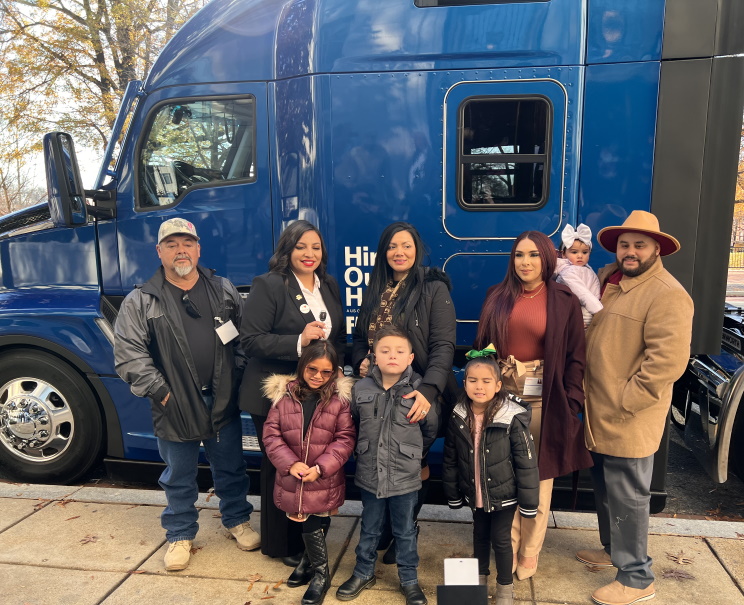 “It was an honor to present the Kenworth T680 Next Generation keys to Ashley Leiva. On behalf of Kenworth and all our employees, thank you for your long military service to our country, and we wish you a successful and long trucking career,” said Genevieve Bekkerus, Kenworth director of marketing. 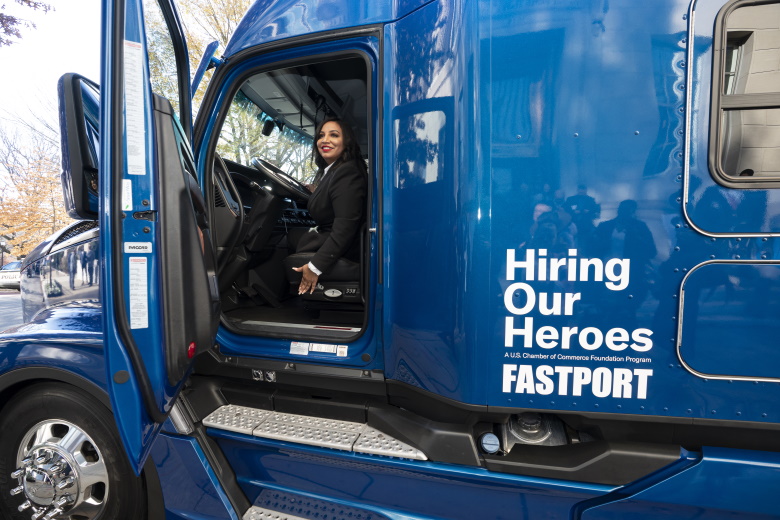 “We are honored to recognize Ashley Leiva for her service to our nation and commitment to excellence in the transportation industry. Kenworth's tremendous contribution of a T680 Next Generation will ensure her continued success as an owner operator,” said Eversole.

“Ashley has a great support network in her civilian career, and I know she will be a great ambassador for our industry moving forward. All 11 of these military service members who transitioned into careers as professional drivers are hard-working, dependable, motivated, ethical and disciplined team players – an asset to the trucking industry and their companies,” said Bentley. 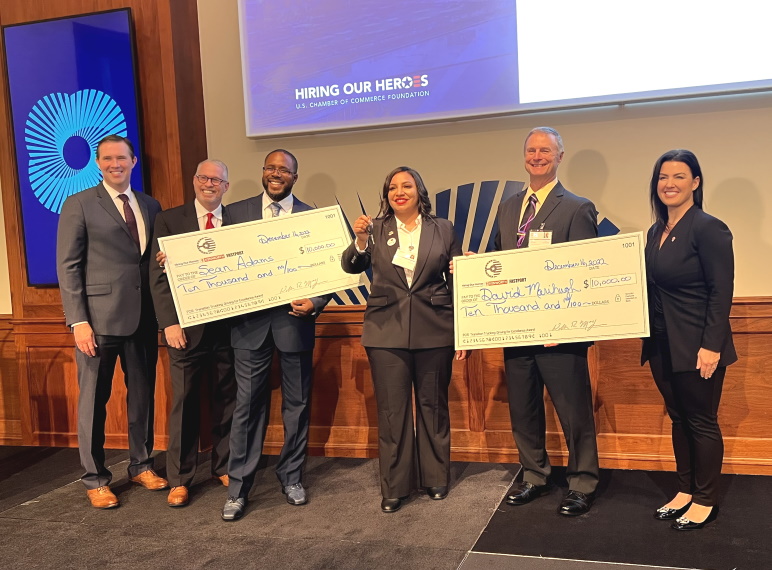 Under the Transition Trucking: Driving for Excellence program, the two runners-up Sean Adams/U.S. Navy/McElroy Truck Lines and Dave Marihugh/U.S. Navy/Roehl Transport; were each awarded with a check for $10,000. 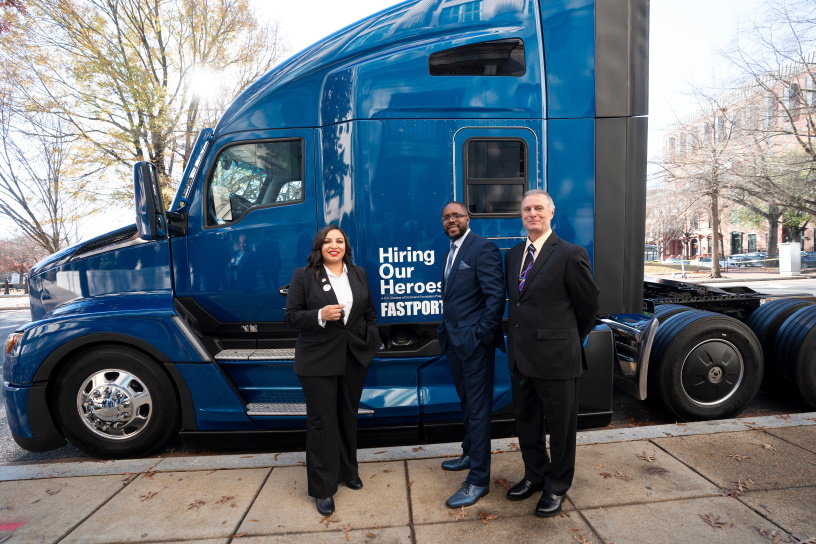 For the first time, all 11 semifinalists received a trip to Washington, D.C. to be honored for their military service and participate in the awards ceremony. Under the program, driver nominations can made by any for-hire carrier or private fleet employers, training organizations, general public and other interested parties only by completing a nomination form on the “Transition Trucking: Driving for Excellence” website (www.transitiontrucking.org). 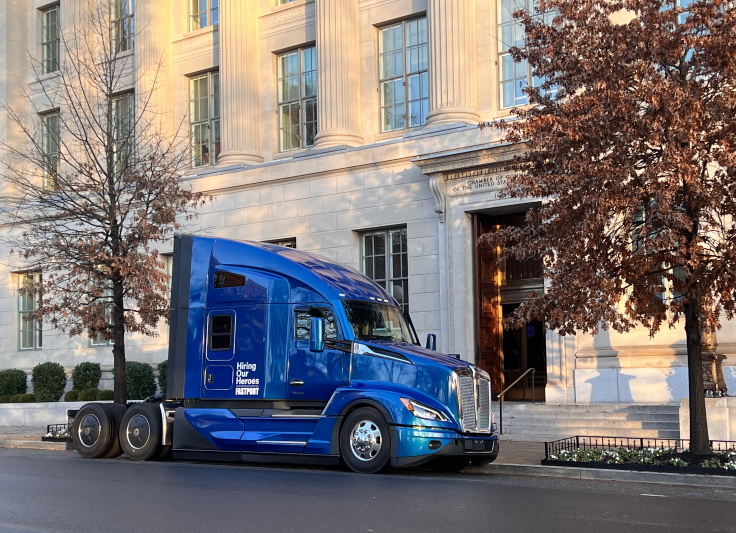 To qualify for “Transition Trucking: Driving for Excellence,” drivers had to meet three eligibility requirements:

--Must have been active military or member of the National Guard or Reserve.
--Graduated from PTDI-certified, NAPFTDS or CVTA member driver training school, with a valid CDL.
--First hired in a trucking position between January 1, 2021 and July 31, 2022.

The general public participated by casting their online vote on the Transition Trucking website. That vote was an important determiner for the Selection Committee members as they made the ultimate choice for this year’s Transition Trucking award winner.
About FASTPORT
FASTPORT is a veteran employment software company with the sole mission to help all members of our nation’s military community find meaningful civilian employment. FASTPORT is also the U.S. Department of Labor's industry intermediary for the Transportation sector. In that role, they also help connect transitioning service members, military spouses and veterans to Registered Apprenticeship opportunities. For more information, visit www.fastport.com or www.nationalapprenticeship.org.


About Hiring Our Heroes
Hiring Our Heroes (HOH) is a 501(c)3 organization under the U.S. Chamber of Commerce Foundation. The nonprofit launched in March 2011 as a nationwide initiative to help veterans, transitioning service members, and military spouses find meaningful employment. Working with the U.S. Chamber of Commerce’s vast network of state and local chambers and other strategic partners from the public, private and nonprofit sectors, HOH has helped hundreds of thousands of veterans and military spouses find meaningful employment through its comprehensive training and hiring events, fellowship programs, and online tools. HOH programs and services are available in all 50 states, Puerto Rico, the District of Columbia, and on military installations around the world. For more information on programming and initiatives: HiringOurHeroes.org; @HiringOurHeroes on LinkedIn, Facebook, Twitter and Instagram.


About Kenworth
Kenworth Truck Company is the manufacturer of The World’s Best® heavy and medium duty trucks. Kenworth’s Internet home page is at www.kenworth.com. Kenworth is a PACCAR company.
Find a dealer nearest you