
The holiday season will be a little brighter this year with the help of System Transport, as it takes on the role of transporting the U.S. Capitol Christmas Tree to Washington, D.C. An annual gift to the nation, the 2021 tree will make its way to the West Lawn of the U.S. Capitol building from the Six Rivers National Forest in California.

System Transport was selected as the hauler for this year’s tree at the recommendation of Kenworth Truck Company and based on industry reputation on the West Coast according to Bruce Ward, president of Choose Outdoors, the non-profit partner that assists the USDA Forest Service with coordinating the annual public engagement initiative. The tree will be harvested in late October before making the in-state and cross-country journey, arriving at the U.S. Capitol in late November. The tree will be decorated with thousands of handmade ornaments made by Californians and will light up the nation’s Capital throughout the month of December. 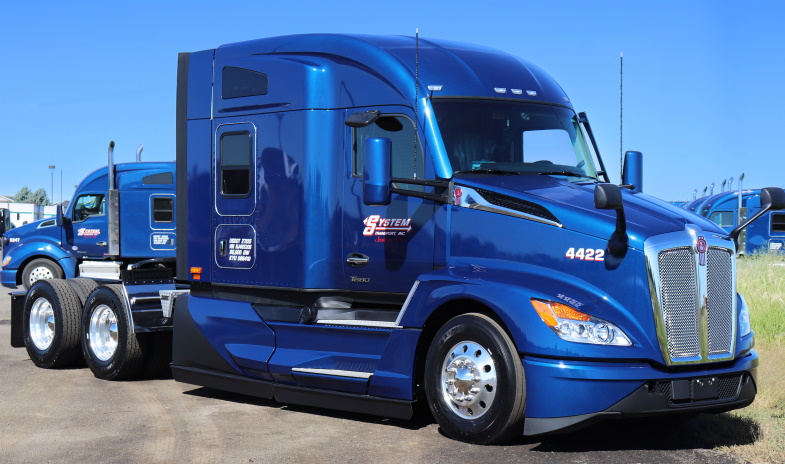 The company first opened its doors 1972 with only one truck and trailer. An unwavering commitment to customer service and dedication to their team of professional truck drivers has facilitated their growth to over 1,000 employees and operating more than 800 trucks today. System Transport is headquartered in Spokane, Washington, with terminals in Caldwell, Idaho; French Camp, Fresno and Bloomington, California; Phoenix, Arizona; Denver, Colorado; Olathe, Kansas; Ennis, Texas; and Gary, Indiana. They operate all types of flatbed freight primarily throughout the west coast to the Midwest. The company and staff have been recognized with a series of safety, service and environmental awards, including Goodyear Highway Hero, Great West Safety Award, Carrier of the Year from USG, Platinum Carrier from Lowe's, Supplier Excellence Award from General Electric (G.E.), Western Regional Carrier of the Year from Firestone, Carrier of the Year from Home Depot and Excellence Award from SmartWay.

“As a second-generation family-owned and operated company, Christmas is a special time of year for us”, said Dennis Williams, President and CEO, Trans-System. “We are proud to be a part of the annual tradition that brings the Christmas spirit to our nation’s capital, and to all the families who gather around their own trees to share the spirit of the season.”

“Just like our theme ‘Six Rivers, Many Peoples, One Tree’, this campaign brings together many peoples to prepare and safely deliver one special tree to Washington D.C.,” said Ted McArthur, forest supervisor for Six Rivers National Forest. “This journey would not be possible without the support and assistance of strong demonstrated partnerships making this our greatest tour to date.”

For more information on the initiative, how to get involved, and to follow the tree’s journey, visit www.uscapitolchristmastree.com.
###

About the U.S. Capitol Christmas Tree
The U.S. Capitol Christmas Tree initiative is a 50-year tradition in which one of our 155 national forests provides a tree for the West Lawn of the U.S. Capitol for the holiday season. The project is made possible with support from partners including non-profit Choose Outdoors along with cash and in-kind contributions from companies large and small as well as volunteers locally and across America. For a list of 2021 sponsors and to join in the Christmas spirit, please visit www.uscapitolchristmastree.com and @uscapitolchristmastree on Facebook and Instagram.

About System Transport
System Transport is the flatbed division of Trans-System, Inc. Headquartered in Cheney, WA, Trans-System employs over 1,300 people and has a fleet of more than 1,000 trucks. Joining System are two other carrier divisions – TWT Refrigerated Services, the refrigerated van division and James J. Williams Bulk Transportation, the tanker division. Between these three, Trans-System regularly serves the lower 48 states and western Canada.
Find a dealer nearest you